Some people are under the illusion that provided they have spent considerable money up front; their bike would require no maintenance afterward. Since you have found this page, I suppose you know that this is not true.

Look at any bike in your neighborhood – which is in possession of its original owner for at least five years, and you’d be surprised to know how much care it requires from its owner. 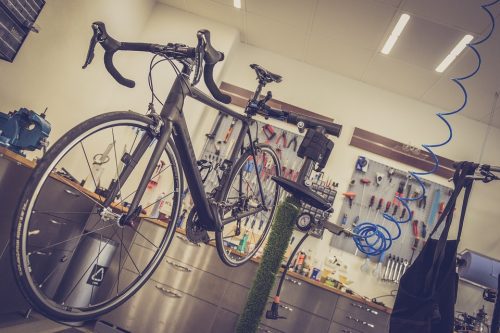 This is where having the essential bike tools come into play. If you have them at your home, not only will you be able to do every bike related maintenance job at home, you’ll also be able to save your money in the process.

In this case, I recommend a spoke wrench that can handle multiple sizes like this one here. 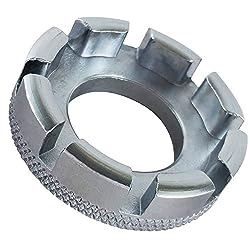 In the past few decades, cassettes have evolved very quickly. While our parents were content with having eight speeds, we cannot seem to get enough even with 10,11 speeds. As a result of this evolution, cogsets, and chains have become extremely expensive.

So, provided that there is wear on these parts – and you judge it improperly, it could have adverse consequences on your pocket.

With the help of a chain checker, you’ll be able to gauge the real life of your chain correctly so that you won’t throw out on that can still go miles, or keep on using one that has become so worn that it will eat the cassette cogs alive. The product pictured above is a popular model that will do the trick.

Look at various accessories – such as fenders and racks, and you’ll see that they are fitted with nuts and hex bolts. As you might get, you cannot allow them to set loose. Otherwise, pandemonium will ensue!

If you ask me, I’d recommend 8, 9, and 10mm combination wrenches. Most of the nuts and bolts will be covered with them and since every bike market is flooded with these wrenches, they are very inexpensive.

Having a multi-purpose socket set handy will also make a number of tasks easier.

When going with a cable cutter, I’d recommend spending more up front to stress less later on. For, cables are the be all and end all of your life. Imagine, how would you stop the bike if the cable connecting the brake to the wheel has gone rogue? Yes, cable cutters are necessary, and you need to recognize their value by not raising eyebrows at their price tags.

There’s a reason every cyclist, amateur or veteran, needs to get his hands on hex keys. Whether you are working on the crankarm fixing bolts or adjusting the tiny screws on the adjuster knobs located on the suspension fork, hex keys are imperative.

There are two types of hex keys available in the market: bike specific and general. As you might guess, the former keys charge more than the latter. Hence, if you don’t want to spend more, get metric keys from your local hardware store and you’d be fine. Something like the following should cover your bicycle needs as well as many others. 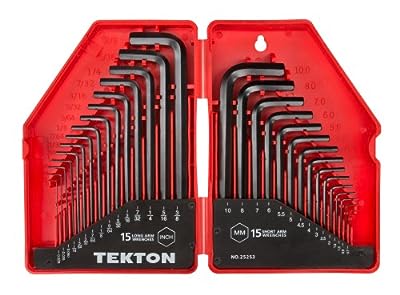 If you are a rider who appreciates multitasking and space efficiency at the same time, you need to get your hands on this bike tool.

While choosing a screwdriver, always go for the one which has quality steel tips – so that it won’t strip or round off hardware. As for why I’m recommending the four-way screwdriver, I’m doing it because it will fit every Phillips or flat screw on your bike.

Whether you want to poke leaves out of a cogset, or simply want to open a liner on a piece of cable housing, you need a sharpened spoke.

Unlike other tools mentioned in this article, you don’t need to spend your money on buying a sharpened spoke. Rather, if you have a broken spoke in your arsenal, simply sharpen its end with a hand file to get yourself a brand new sharpened spoke.

Also, if you want to hang your newly made spoke on a pegboard, just create a loop at the opposite end.

Home | Contact | Privacy Policy | Disclaimer
ToolGuyReviews.com © 2020 is a participant in the Amazon Services LLC Associates Program, an affiliate advertising program designed to provide a means for us to earn fees by linking to Amazon.com and affiliated sites.
This site provides information based on the research and opinions of our contributors. Certain links direct you to affiliate sites which may pay a referral fee. Please see our Privacy and Disclosure pages for more information. Email: info@toolguyreviews.com